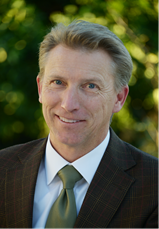 With over 30 years of experience working with water resources, Mr. Anselm has several leadership roles. He chairs the Ventura Countywide Stormwater Quality Management Committee implementing the stormwater NPDES permit in coordination with the ten cities of Ventura County. He is a Commissioner for the Southern California Coastal Water Resources Project (SCCWRP), a public agency performing scientific research to improve management of aquatic systems and is Ventura County’s representative on the boards of directors for the Arroyo Santa Rosa Basin, Cuyama Valley Basin, Mound Basin, and Upper Ventura River Basin Groundwater Sustainability Agencies.

Previously, he worked at the City of Thousand Oaks on drinking water quality, industrial pretreatment, and the City’s stormwater and TMDL programs, and began his career as a manager for an environmental laboratory performing drinking and wastewater analysis. He has earned a B.S. in Biological Sciences from Cal Poly San Luis Obispo and a Master’s of Public Policy and Administration from Cal Lutheran University. Although he often refers to the latter as his ‘master’s in bureaucracy,’ he is proud of his civil service.