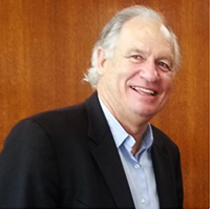 Mr. Everts represents the interests of Environmental stakeholders on the Mound Basin GSA as a Stakeholder Director.  Nominated to the Mound Basin GSA Board by The Nature Conservancy in November 2017, Mr. Everts also serves as a Facilitator for the Environmental Water Caucus, Executive Director of the Southern California Watershed Alliance, and co-chair of the Desal Response Group.

Mr. Everts also serves as chair of Public Officials for Water and Environmental Reform (POWER) as well as other organizations, including being elected to the Casitas Municipal Water District 1992-1996.  He has formerly served as president of the Ojai Basin Management Ground Water Agency, also in that time frame.  Most recently, Mr. Everts has been involved with the Department of Public Health’s Direct Potable Reuse Advisory Group and continues to serve as an advisor to the Environmental Justice Coalition for Water and with the Santa Monica Water Advisory Group, which is planning for independence from imported water.