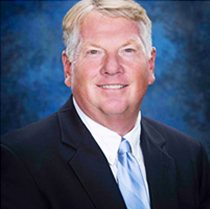 Mr. Mobley was first appointed to the UWCD Board of Directors in July 2013 as a representative of the District’s Division 2, which encompasses the area immediately west of Santa Paula to Hwy 101 at Central Ave., and includes Saticoy, Nyeland Acres, Strickland, El Rio, RiverPark, and the eastern portion of the City of Ventura. In January 2018, Mr. Mobley was elected by the UWCD Board as its Secretary/Treasurer.  His current term with UWCD expires December 1, 2018.

A lifelong resident of Ventura County, Mr. Mobley owns and operates Progressive Land Management, Inc., which provides complete ranch management and consulting services throughout Ventura County and in southern Santa Barbara County.  Mr. Mobley has served on the boards of numerous trade and community organizations including California Farm Bureau Federation, Ventura County Farm Bureau (President 1996-97), and Ventura County Ag Advisory Committee.  He continues to serve with the Ventura County Resource Conservation District (President, 2004-Present), the Boys & Girls Clubs of Santa Clara Valley (President 2006-2008 and currently as its Treasurer), and has been a board member of the Fillmore-Piru Citrus Association since 2010.

Mr. Mobley earned a B.S. from Cal Poly San Luis Obispo and is a graduate of the California Agricultural Leadership Program.